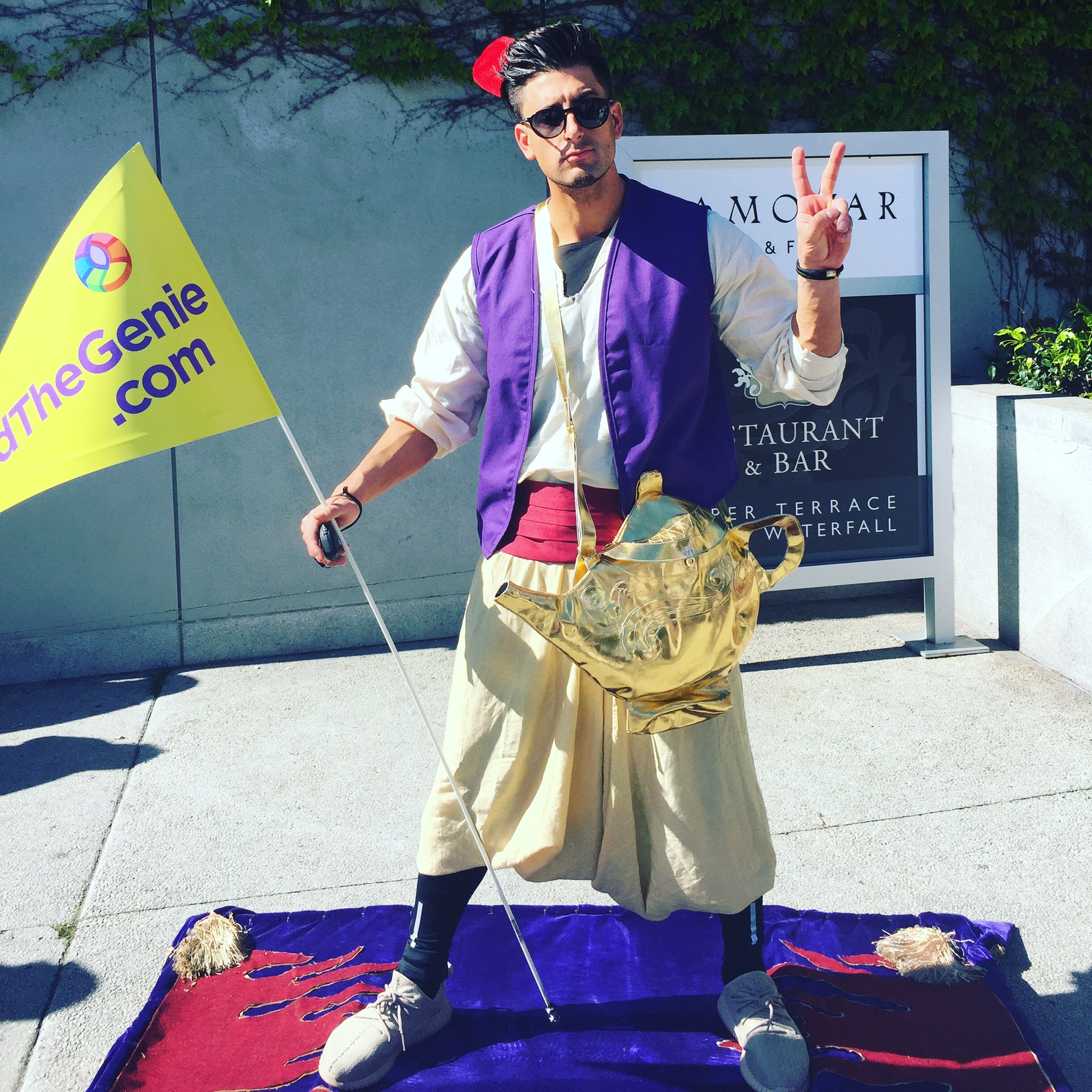 On March 14-18, 2016, developers and gamers from across the country took the Bay area by storm for this year’s Game Developers Conference. Some of the most brilliant minds in the gaming industry took to the streets of downtown San Francisco for GDC16. While other shows are about the fans, GDC determines the future of this industry: it’s the world’s largest gaming conference attended by a record breaking 27K professionals in its 30th year. Nearly half of developers here are building mobile + tablet games!

ABCey Events paired with SGN to showcase their newest game Genies and Gems, and also had a great time bringing awareness to their biggest game Cookie Jam. Between the moments that brought laughs in between sessions and the surprising and exciting moments that changed an attendees day, a powerful question was also addressed to the gaming community, #WHYDOYOUPLAY?!

TOP 5 HIGHLIGHTS FROM THE EVENT

SGN, the fastest growing growing major mobile games studio in the U.S., has just released it’s newest match-3 puzzle game. Genies & Gems is a spellbinding adventure that takes its players on a magic ride. Famous Youtuber Jesse Wellens from Prank vs. Prank brought this game to life in downtown SF with his motorized magic carpet. For those that spotted our magic genie, they were in for a lucky surprise!

If you’ve gotten the chance to play, then you already know Genies & Gems is a game that’s true to it’s name. As the players cross through the magical worlds they recover lost relics, collect gold bars, and are taken on a journey with their enchanted keys. To celebrate the game’s launch SGN brought the game’s realities to life! Lucky San Franciscan’s scored some major gems from our genie that included- $20/$50 bills, silver coins, silver cufflinks, and (real!) gemstone rings!

With more than 70 million downloads, SGN’s top grossing game Cookie Jam showed it’s followers some serious entertainment for GDC16. Rocking out in front of the Moscone Center were our very own Cookie Jammers. If the outfits didn’t scream cookies, their lyrics surely would. San Francisco’s favorite cover band Pop Rocks twisted some of your most favored songs into actual cookie-filled jams (Just Eat It, Eat It, Eat It)! These life-sized cookies fueled up GDC16 attendees as they were headed to their next session!

We couldn’t promote a cookie game without thousands of FREE cookies! SGN provided attendees with a yummy snack to keep them going throughout the day. Who doesn’t love free cookies?

GDC16 determines the future of this industry, and because of this they are capable of bringing together a global community to attend their annual conference. It was the people in attendance that play a significant role in the creation and lifespan of games, and SGN had a thought provoking question to ask attendees- Why Do You Play? We can get lost in a game, but we can forget what really motivates us to play. We interviewed hundreds of people and received a variety of answers ranging from fun, stress relief, escaping reality, and interacting with friends or family. Our favorite answer may have been to “Escape From Trump!”

So, the question we have for you today is- Why Do YOU Play? Let us know in the comments below or find us on Facebook and Twitter!